Posted on December 9, 2015 by Groove Warehouse

Gold Coast drummer Troy Wright was recently in Canberra on a tour with guitarist Plini. During his time in the capital, he popped into the Groove Warehouse and gave a clinic. Troy performed a few Plini songs and shared some of the techniques he is current working on with the participants.

Troy has been playing drums since the age of 10 and at 16, placed 2nd in ‘Australia’s Best Up & Coming Drummer Competition’. After leaving school Troy continued his studies at the Qld Conservatorium of Music. Troy works on  various projects and also runs a drumming school “Wright Drumming” on the Gold Coast.

A number of the participants from the clinic also attended his performance with Plini later that evening and were treated to an amazing set of songs by the band, not to mention some fantastic drumming. 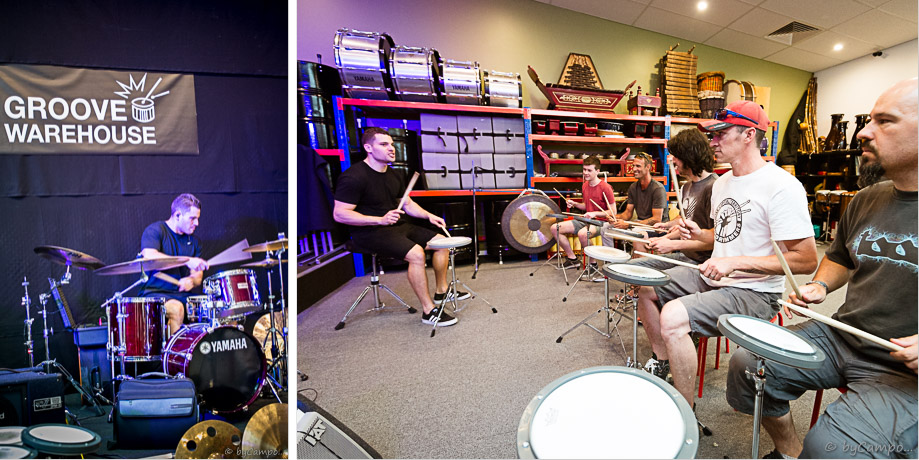 This entry was posted in Events and tagged clinic. Bookmark the permalink.