Posted on September 7, 2016 by Groove Warehouse 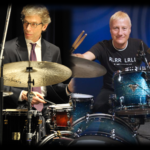 In the past week, we’ve had a couple of the worlds top drummers visit Canberra and The Groove Warehouse. We’ve been very busy with school visits, clinics, hands-on intensives, workshops and concerts!

Gregg arrived in Canberra on Wednesday 24th August and headed to Lyneham High School and joined the music class for a lesson. Gregg discussed many aspects of playing in bands, practicing, the bands he plays in and joined the band for a song, before taking the role as conductor and getting to band to play a little bit of Toto  (one of the band’s he’s played with). It was a thoroughly enjoyable session. 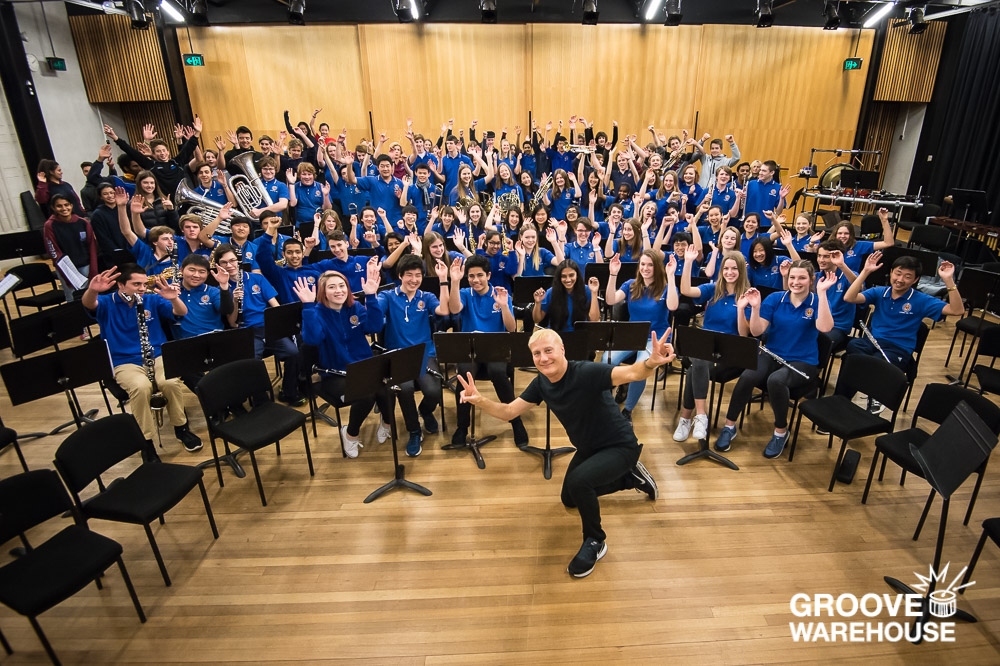 On Wednesday evening, we ran our first ever drum clinic outside of the Groove Warehouse at The Basement in Belconnen. Gregg came on stage and kept us all entertained with lots of music, stories and anecdotes from his time playing with some of the worlds top artists. He teamed up with Gary to demo the beautiful Chris Brady Artisan snare drums. Congrats to our lucky door prize winners and Alen who won the major prize of the Dixon Snare drum. 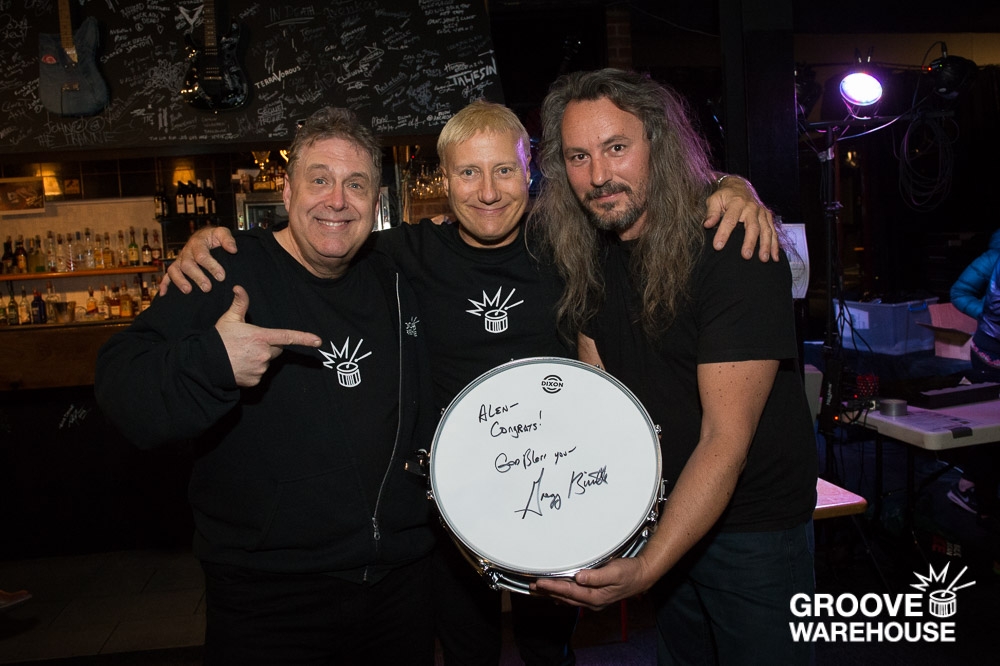 A big thanks to the staff at the Basement and our amazing sound guy Clem who made the night possible.

On Thursday Gregg conducted a hands-on session with a small group of drummers where Gregg talked and demonstrated a range of styles and techniques with the participants with lots of hands on interactivity.

For more images from Gregg’s visit, here’s the Gallery

American jazz drummer and music educator John Riley visited us on Monday 29th August. John conducted a workshop covering many aspects of jazz playing for 10 drummers who traveled from as far as the NSW central coast for the session. During the day, musicians Ben O’Loughlin (bass) and Hugh Barrett (piano) joined the workshop and each drummer took turns to play a tune with them while John watched on providing and provided valuable insight and feedback to them and the class. 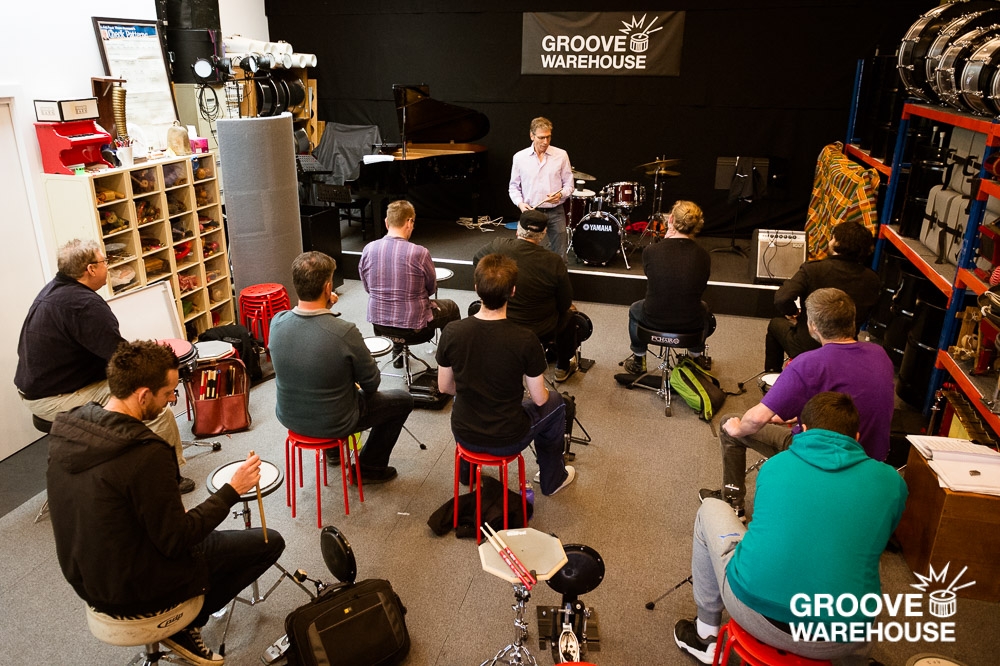 After the workshop, John, Hugh and Ben played an amazing concert for a sellout audience. In between the numbers John explained a few of the “trade-secrets” that the guys were using to be able to play flawlessly and unrehearsed together. 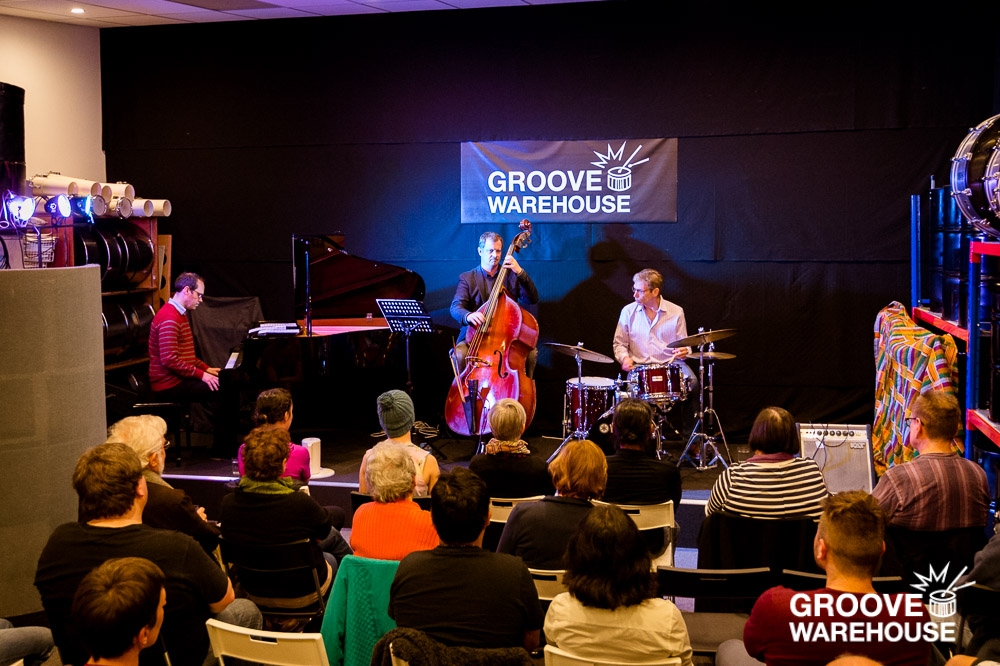 For more images from John’s visit, here’s the Gallery