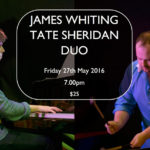 James has recently relocated to Las Vegas, USA in pursuit of the show scene, as well as completing his Doctorate of Musical Arts in Percussion. He has recorded and released two albums in New York City (BURBANK [2011], HARD MINCE [2015]) to critical acclaim, featuring some of biggest jazz icons in USA and Australia including; Geoffrey Keezer, Jonathan Kreisberg, Steve Newcomb and Adrian Cunningham.

Tate has recently completed a tour of Australia and New Zealand as the opening act for his mentor, and pop-rock sensation, Elton John. He has recorded and released three albums, ranging from jazz to pop as both pianist and singer-songwriter to critical acclaim. 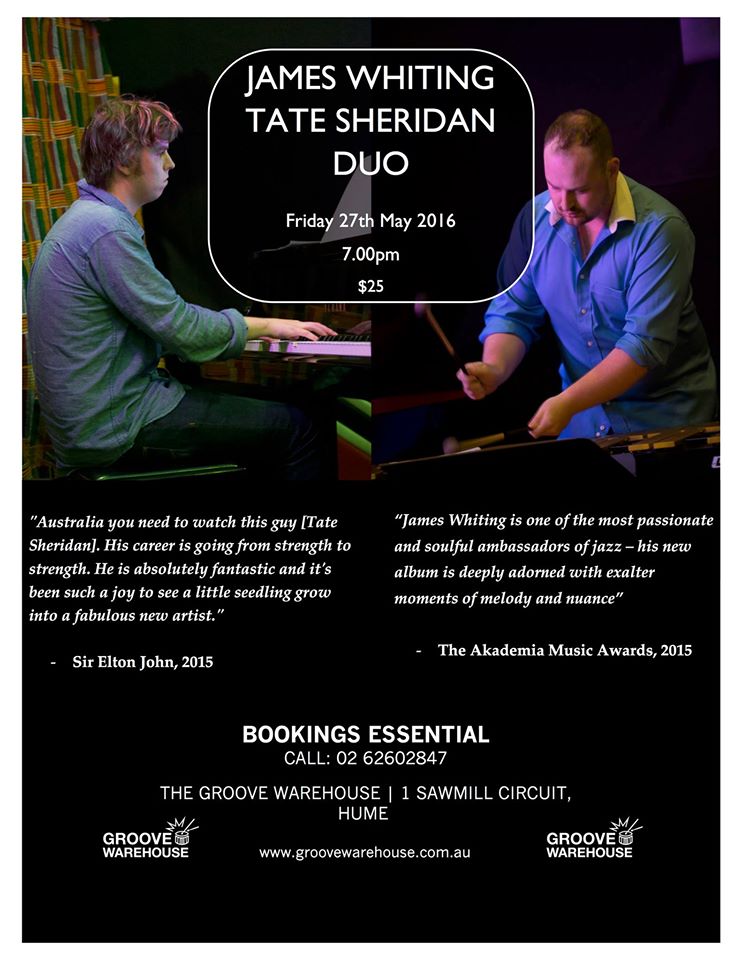